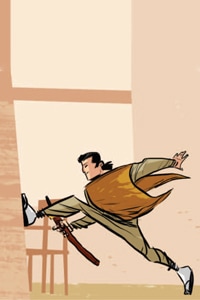 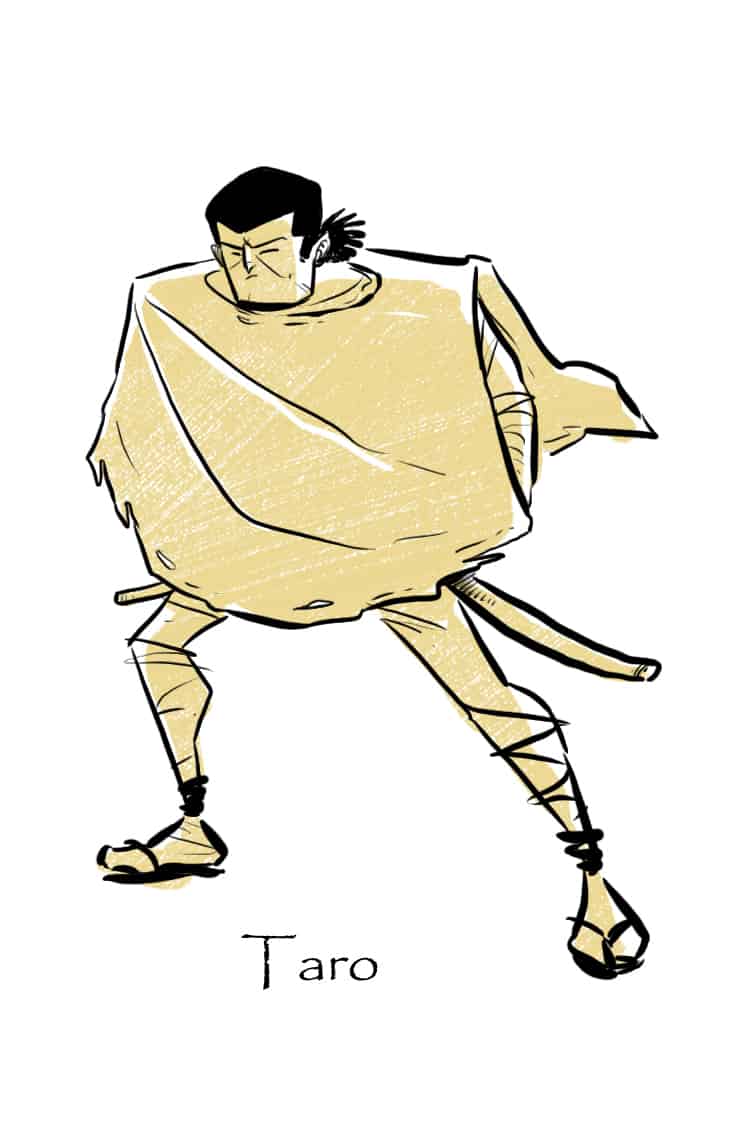 A former samurai, Taro gave up the way of the sword both from the pressures of society and for his lady-love. Samuri are going the way of the Gunfighter in the West. They are no longer revered as they once were, and most have hung up their swords.
Taro’s only desire is to marry Rina, but her father, a businessman and scientist, won’t allow her to shame herself by marrying beneath her. To win him over, Taro hangs up his sword forever, turning to a life of science. He must pick up the blade once more, however, when his fiancee and her father are kidnapped. As the story begins, Taro has already crossed the Pacific on her trail and has been carving his way East looking for any sign of her.