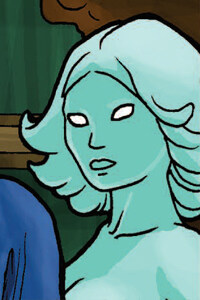 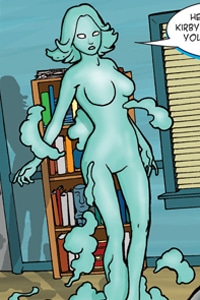 Sentient mist creature that was recovered as part of a Space Shuttle mission. Professor Simon was part of the research team and was convinced he could communicate with the mist. Eventually, the time he spent on this led to the end of his marriage. He continued the work, eventually leading to his recruitment by the Air Force to work out of Groom Lake. Dubbed “Misty” by the Professor, the alien was able to communicate via telepathy and assume a basic humanoid shape but always went back into a gaseous form. Upon Kirby’s arrival at the base, it began to stay in a more advance humanoid shape, oddly enough resembling the women who shanghaied Kirby.