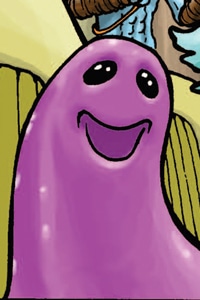 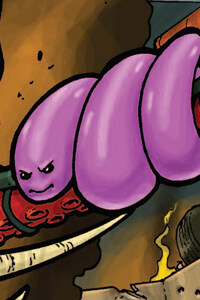 Intelligent protoplasm of alien origin. Along with “Gil,” one of the longest serving residents of Groom Lake. Was kept in a glass enclosure until the arrival of Professor Simon. While “his” usual state is roughly the same as a medium sized dog, the alien has shown the ability to stretch itself without any loss of mass. Professor Simon dubbed the alien “McQueen” as a tweak to the base authorities that feared it would react similar to a B-movie creature if set free.