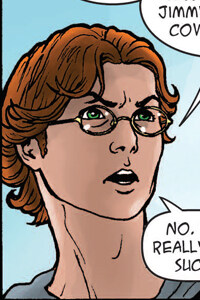 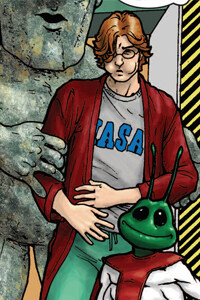 Son of noted astrophysicist and inventor Dr. Willard Simon, Kirby was working as a musician along the Gulf Coast when his father vanished. Notes in the Professor’s personal file led the Air Force to shanghai Kirby and bring him to Groom Lake to babysit his father’s “project.” As a child, Kirby shared his father’s fondness for Sci-Fi and comic books, but lapsed after his parents’ divorce when his mother – who was very much anti-fantasy – got custody. Surrounded by the aliens his father rescued, he has rediscovered his love of the fantastic and an aptitude for science he had ignored in high school and college.