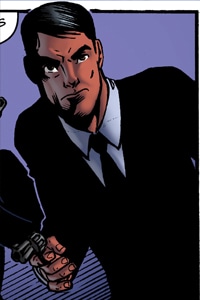 Howard Phillips Lovecraft was born at 9 a.m. on August 20, at his family home at 454 (then numbered 194) Angell Street . His mother was Sarah Susan Phillips Lovecraft, who could trace her ancestry to the arrival of George Phillips to Massachusetts in 1630. His father was Winfield Scott Lovecraft, a traveling salesman for Gorham & Co., Silversmiths, of Providence. When Lovecraft was three his father suffered a nervous breakdown in a hotel room in Chicago and was brought back to Butler Hospital, where he remained for five years before dying on July 19. Lovecraft was apparently informed that his father was paralyzed and comatose during this period, but the surviving evidence suggests that this was not the case; it is nearly certain that Lovecraft’s father died of paresis, a form of neurosyphilis.