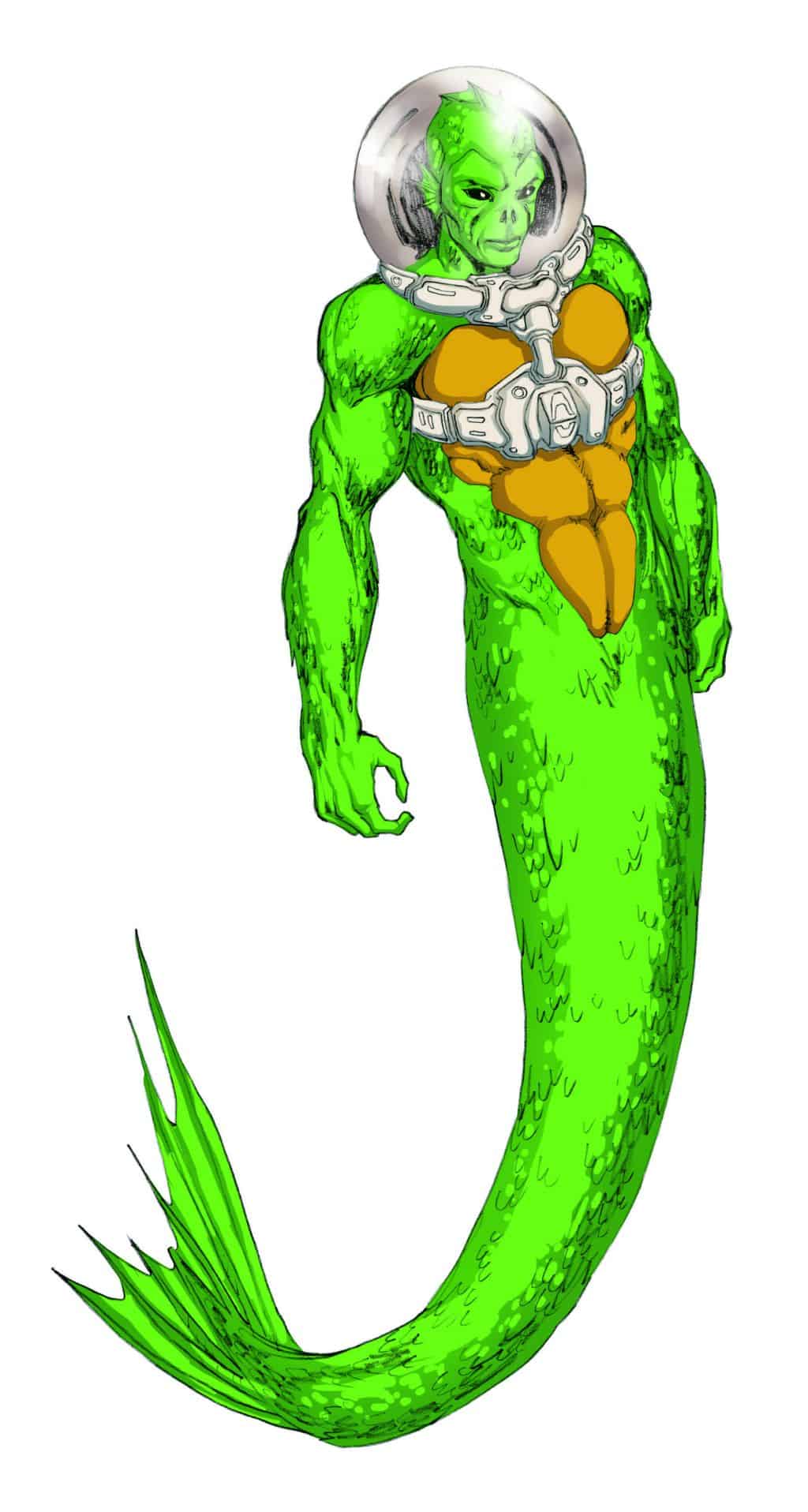 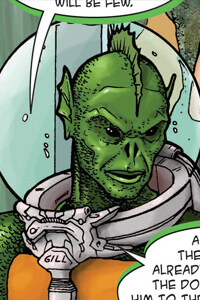 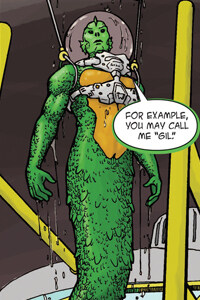 Along with “McQueen,” one of the longest serving residents of Groom Lake. Survived crash landing his ship into Lake Meade and, coming from a water planet, stayed in the wreckage of his ship until he was captured while sabotaging Jet Skis that were disturbing him. When Professor Simon arrived at the base, “Gil” was being held in a cramped water tank. Simon created a system that would allow “Gil” to move freely about the base and become the Professor’s assistant. It was “Gil” who planted the letter that led to Kirby being taken to the base.