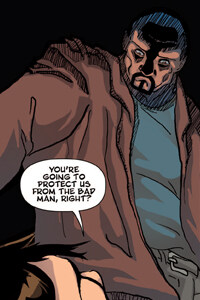 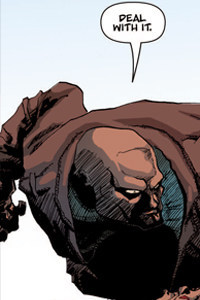 Mid 30s, Barber is scruffy to the point of almost being primal, lives in his secluded world as a rugged loner. He is a man who believes in nothing, a man full of self-contempt, a man burdened by his identity: A disgraced monster who has lost his soul. Barber was given up by his parents, left for dead, and raised by the state, entering the military where he flourished until he was used in a top secret experiment in a war against monsters, turned into half-monster-half human, becoming the enemy, and losing his own identity.