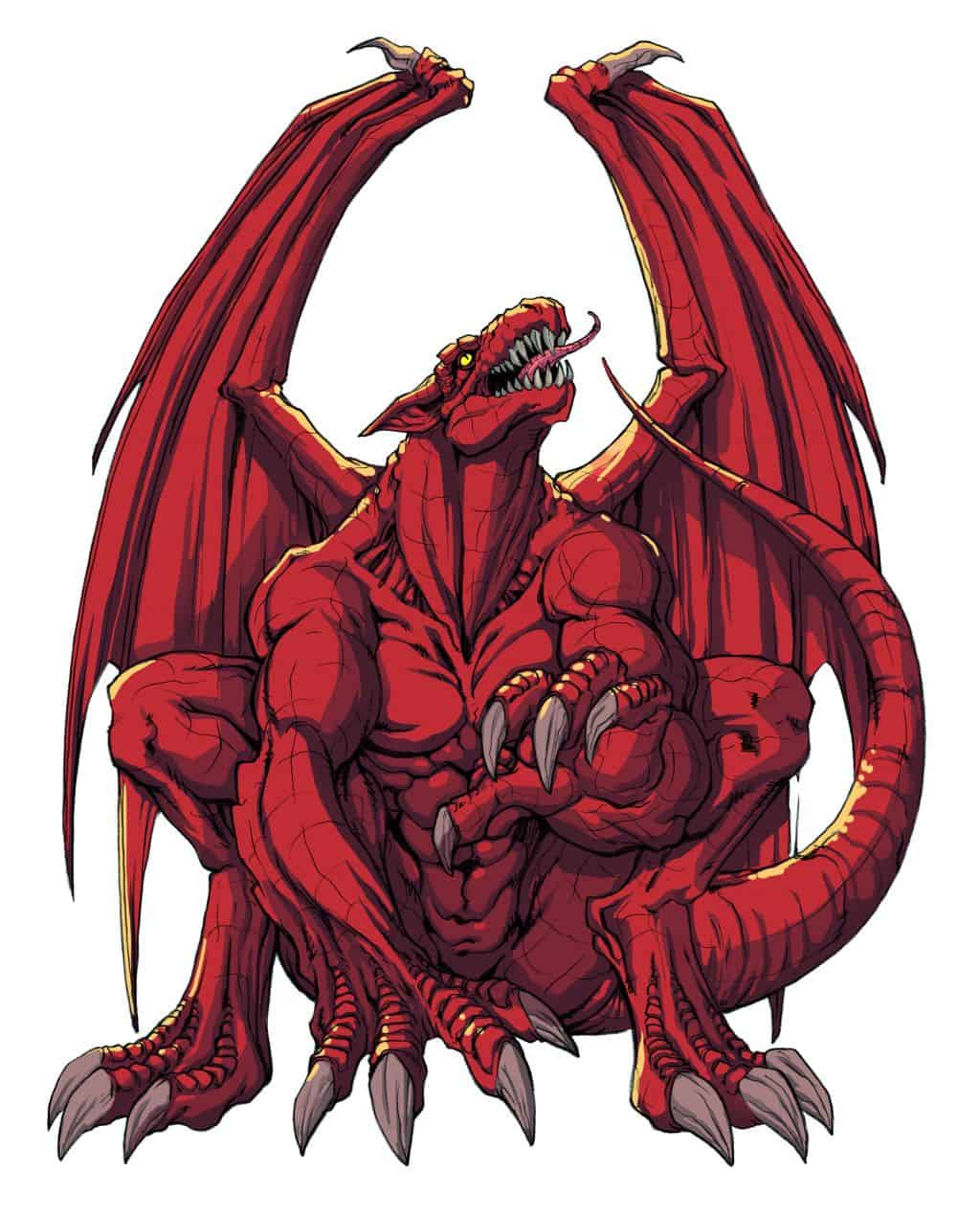 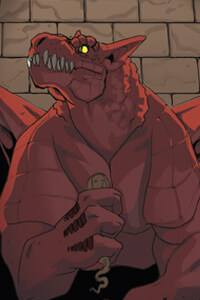 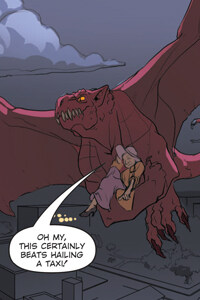 Fafnir Hreidmarsson was one of the most powerful wizards of the Viking era. When Loki, the God of Trickery accidentally killed Fafnir’s brother Otter, Fafnir magically bound the god and forced him to pay a ransom for his life. Ever spiteful, Loki paid out a huge ransom in gold but cursed the treasure so that Fafnir was forever bound to it. The curse transformed Fafnir into a invincible but moronic dragon who is now compelled to obey the commands of whomever finds any part of his treasure horde for nine days.