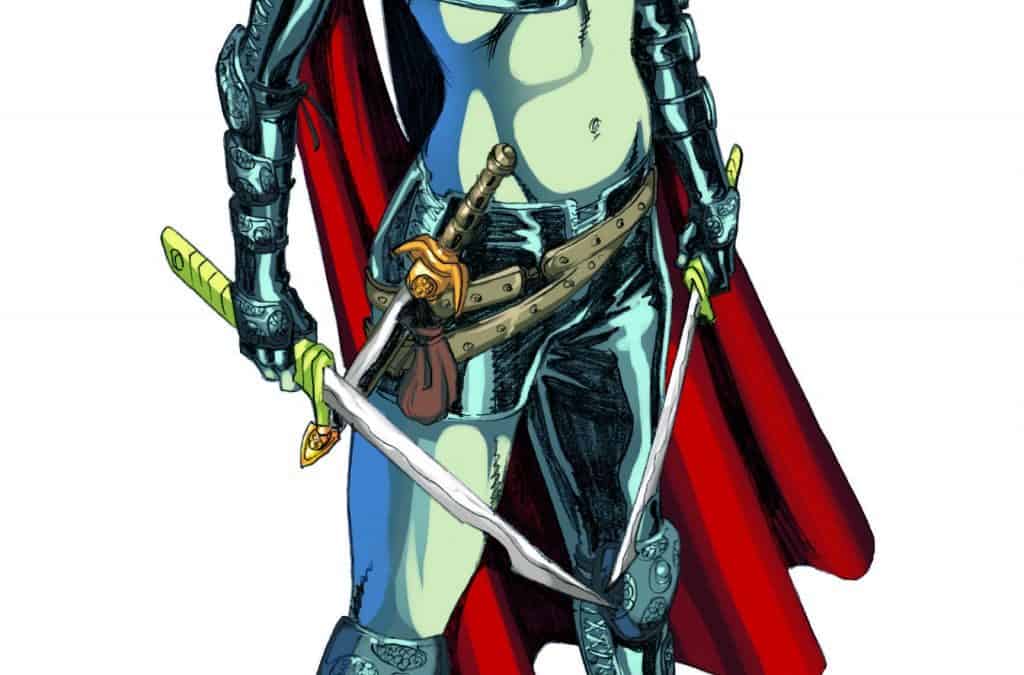 Brutalized at a young age in an ancient time, Ezra was taken in as a girl by Pediot, an old sage well-versed in magic and violence. He crafted Ezra into a weapon. Ezra has made a living for herself as a thief; acquiring one-of-a-kind items for the right price. She has been alive for a very long time, and has fallen in with warriors and demon-hunters several times. Ezra fights with everything she has. Being a beautiful woman, Ezra has a great deal.