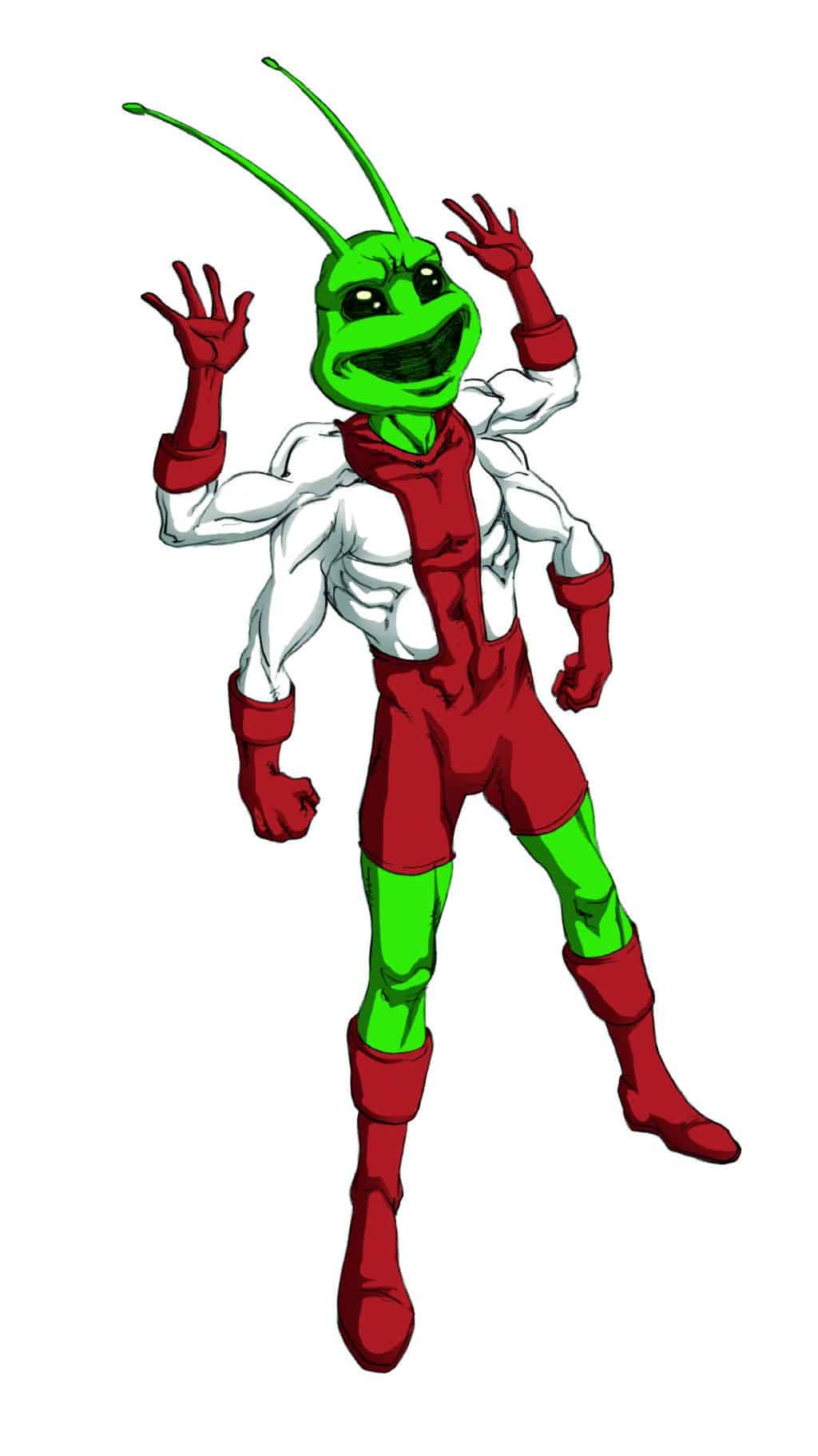 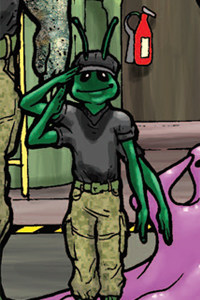 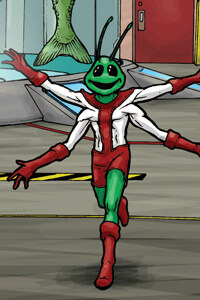 The 4-armed bug-like “Clicker” is another of the Delta Hanger residents who were at Groom Lake before Professor Simon’s arrival. Very little is know about how he came to be on Earth, but it is thought to have been quite some time since he first got here, based on some of the things he has “said.” He was dubbed “Clicker” because he communicated snippets of sound he picked up with his antenna. He picks up Radio, TV and other audio, but prefers to “talk” using TV show dialog he’s collected. (Though, when the Professor arrived on base, the alien was usually in the motor pool relaying sports play-by-play as the men worked.) He is usually handing out with “Dusty” who uses him to keep up with her “stories” when the TV is broken.