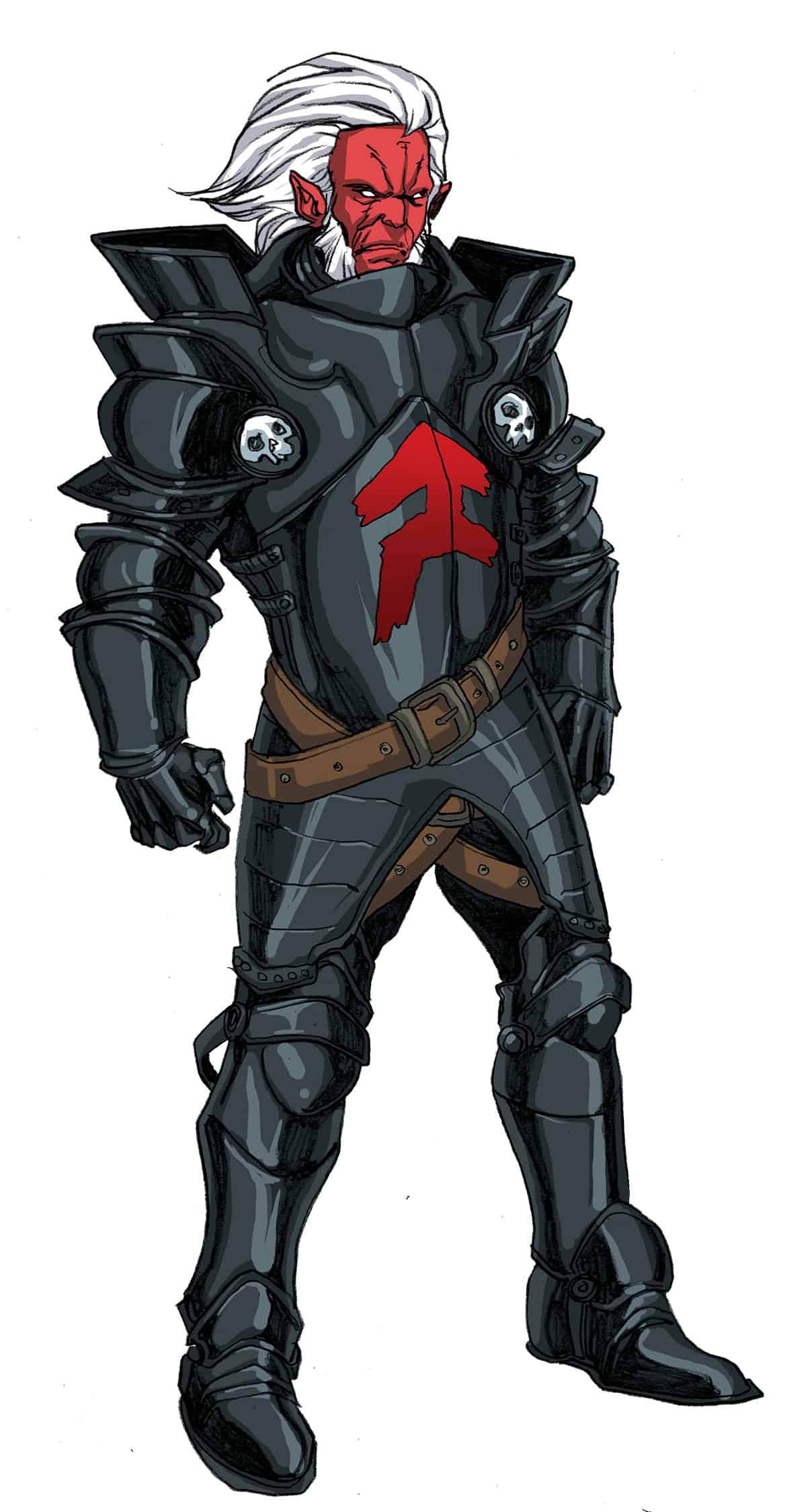 Once a simple soldier who turned against his officer to save the lives of his men, Cancer spent years in the Arenas of Tysus before earning his freedom by the will of the Emperor. Reinstated as a soldier Cancer rose quickly in rank to the position he holds now, Lord General of the Orcish Empire’s Thirteenth Legion. He’s a brilliant tactician and powerful warrior and holds the respect of all the men who follow him. Cancer has taken the Thirteenth south to the lost lands of Telis on an expedition into the lands of the Lizardfolk.