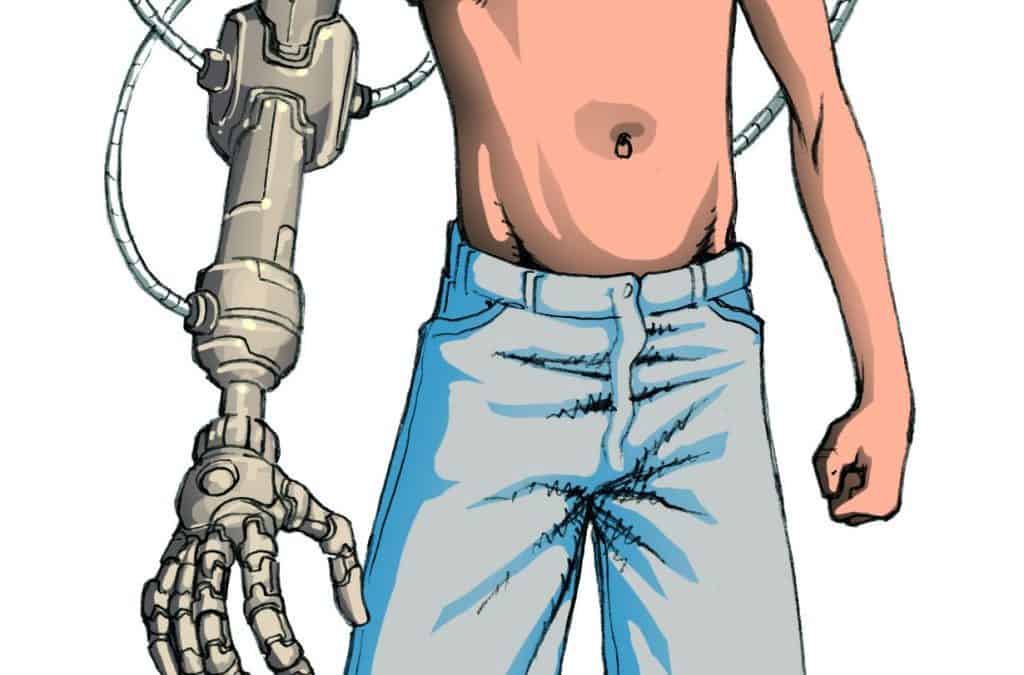 Burn was a normal boy. He had a family and friends, until his world was changed by the ongoing war between humans and the living machines known as Sentients. After a battle tore through Burn”s home and body, he found himself merged with an injured Sentient, Shoftiel, their once separate bodies now one. Caught in a constant internal battle for mental control, Burn and Shoftiel”s current location is unknown.